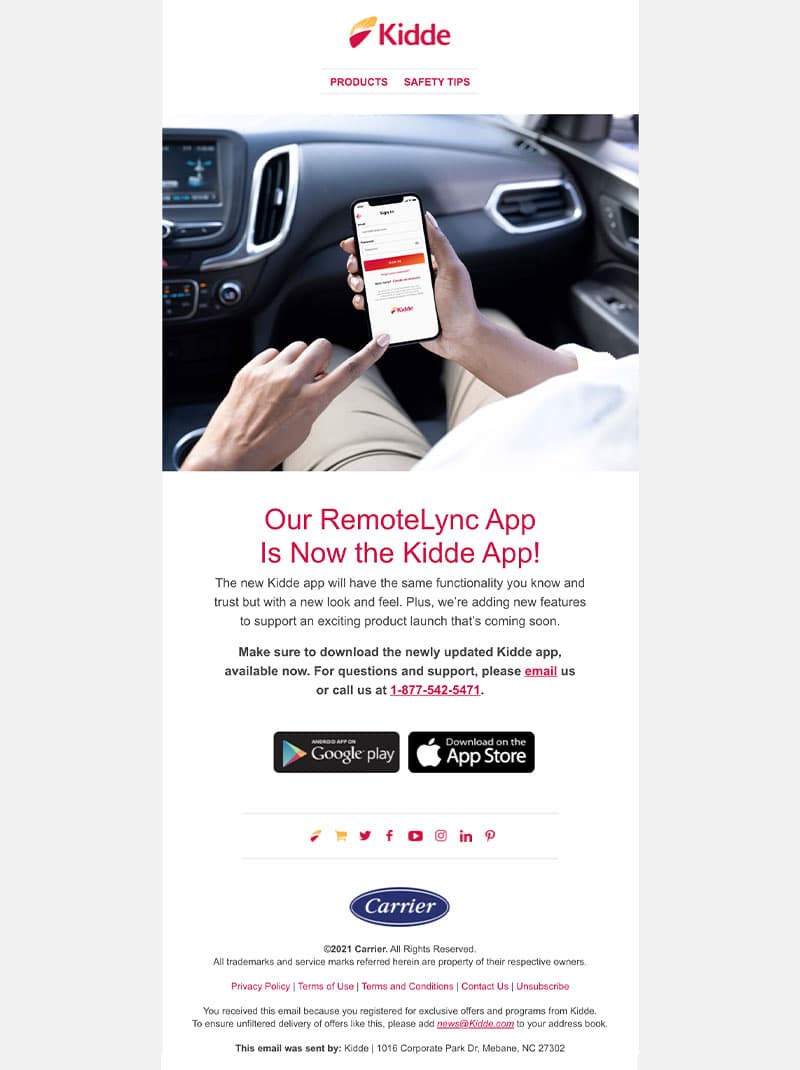 Kidde Fire Safety Products was looking for an email campaign series alerting both active and unengaged users of their subsidiary app integrating and relaunching under one name. Kidde wanted something clean, simple, and elegant to reflect changes in their branding that could be used across additional emails in the campaign.

This campaign lasted for a handful of emails with a secondary focus of regaining the attention of dormant users. The content strategist in me knows there’s only so much a design can offer in that regard. I worked with Kidde and our copyrighting team to come up with some language that reflected their voice while being engaging enough for the average consumer to open a marketing email.

Subject lines (as well as preview text) are the first step in increasing key performance indicators (KPIs) and open rates. A unique challenge with this project was we traditionally would have a call-to-action button to track engagement with a campaign URL. When directing the viewer to download from the Apple App Store or Google Play Store, it’s difficult to track success since we don’t have access to those analytics.

The true KPI would ultimately be the number of downloads from each app store.